Woo hoo for Solipsists of the world!  We are doing the movie, "Solipsism Creed".  What is solipsism you might ask?  Solipsism definition is - a theory holding that the self can know nothing but its own modifications and that the self is the only existent thing; also : extreme egocentrism.  Here's another definition: solipsism is the theory that only the self is real and that the self cannot be aware of anything else except itself. (noun) An example of solipsism is the idea that nothing matters except yourself....  It sounds like an interesting topic, doesn't it?  Maybe awkward or cringy or... fascinating?  Did you ever wonder if anything really existed outside of yourself?  Admit it!

The Solipsism Creed is the belief system of the main character.  He talks to himself a whole lot and this is his declaration.  A self-declaration, because there's nobody else out there to declare it to!

This is a new project and comes about as our third phase strategy is implemented.  Short works will be prioritized, as we are still sorting out the behemoth epic feature of "The Matrix Immortals Redemption".  The goal is to pump out new content, as efficiently as possible.  Fans take note!  But there is a lot of work to do...

The production of "Solipsism Creed" requires a cast and crew to be filled.  So far, we have half of the roles secured.  But there are still several more open.  If you are interested, please understand that we are only working with acting professionals who are immediately-available, who are or can be in the area of Mid-Hudson Valley New York, that is north of the City, upstate.

Compensation is profit-sharing/producer agreements, paying on the backend.  Some positions are paying per diem, short-term, but this is only for Milkyy Media members.

This movie's own website is at https://solipsism.milkyymedia.com/  If you are interested in working on the movie, inquire there.

The meeting will be virtual/online and it will most likely be audio-only.  This is so that streaming will be easier.  The live meeting may or may not be on Zoom.us  Decision pending.  The exact date is TBA, but it will be in the next week, before April 7, 2020

To receive an invitation, please send request to everybodyevery1@gmail.com
Please state what your basic questions are and your level of interest, if you are cast applicant who wants to be in the loop or you are somebody who is interested in the movie production plans, or if you are specific of what skills you are bringing to the table.  The Syndicate welcomes all, with an artistic talent as well as collaborative willingness, please be professional and respectful.

This is not a formal business meeting, involving talks of money and investment; but the business is on the table, as one of the agenda points.  I think a more focused business meeting will need to be convened hereafter.

Moderator/host will be co-founder and Continuitor ahgameN.  Additional moderators are an option for larger meetings. 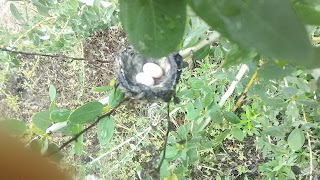 More info is TBA on this new webpage, also listed on the main menu https://www.milkyymedia.com/p/blog-page_29.html

We've been trying/testing out podbean and zoom platforms, to host the actual meeting...