How to Continue despite Chaos of Pandemick

You may be wondering, in this period of widespread chaos due to the Pandemick, what can we do about our movie interests?  You may wonder how can we continue to do what we enjoy despite this Crisis?  How do we continue with what we are passionate about?

We have the answer!  Stay tuned here for the optimistic advice!  We implore you to continue in your pursuits.  If one door closes, because of fear and ignorance, then another door opens, which is offering wisdom and strength!

Milkyy Media is the inspirational voice for this day and age of fear.  Milkyy Media will overcome.  If you join us, you will be able to succeed as well.

The alternative is to FAIL as Hollywood is doing at this very moment, FAILING in a huge way!!!  Hollywood is being destroyed, as we speak.  Witness it for yourself, the writing is even on the wall, in the Hollywood-affiliated Mainstream Media.  If you haven't read any articles, check out a few.  Be careful not to waste your time reading too many.  It's all the same.  The negativity, the paranoia, the fear, the downfall.  We expected it, we accept it now as happening before our very eyes.  It is UNRECOVERABLE. 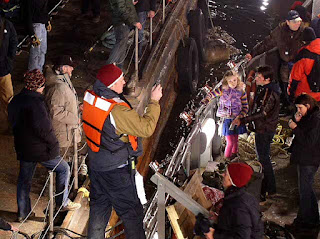 Now we step up to fill the void.  Milkyy Media is the one to watch.
No comments:

Woo hoo for Solipsists of the world!  We are doing the movie, "Solipsism Creed".  What is solipsism you might ask?  Solipsism definition is - a theory holding that the self can know nothing but its own modifications and that the self is the only existent thing; also : extreme egocentrism.  Here's another definition: solipsism is the theory that only the self is real and that the self cannot be aware of anything else except itself. (noun) An example of solipsism is the idea that nothing matters except yourself....  It sounds like an interesting topic, doesn't it?  Maybe awkward or cringy or... fascinating?  Did you ever wonder if anything really existed outside of yourself?  Admit it!

The Solipsism Creed is the belief system of the main character.  He talks to himself a whole lot and this is his declaration.  A self-declaration, because there's nobody else out there to declare it to!

This is a new project and comes about as our third phase strategy is implemented.  Short works will be prioritized, as we are still sorting out the behemoth epic feature of "The Matrix Immortals Redemption".  The goal is to pump out new content, as efficiently as possible.  Fans take note!  But there is a lot of work to do...

The production of "Solipsism Creed" requires a cast and crew to be filled.  So far, we have half of the roles secured.  But there are still several more open.  If you are interested, please understand that we are only working with acting professionals who are immediately-available, who are or can be in the area of Mid-Hudson Valley New York, that is north of the City, upstate.

Compensation is profit-sharing/producer agreements, paying on the backend.  Some positions are paying per diem, short-term, but this is only for Milkyy Media members.

This movie's own website is at https://solipsism.milkyymedia.com/  If you are interested in working on the movie, inquire there.

Greetings! This is to inform you I worked as you did for Tom during more than a year. Then he flipped out and is now in breach of contract. Tom may be great, but he is bad at business. No other company may produce his Matrix story.

New project has been greenlit, to replace the  production of 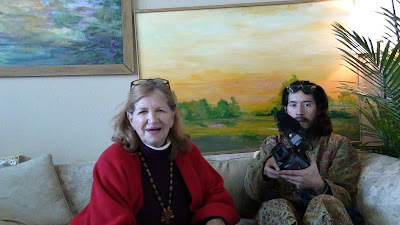 a.k.a. Gold Mine Gang or King Solomon's Temple

Editor, Non-Union
Editors are needed for project with most of content already filmed, some narration scenes being produced currently. The material will be creatively produced for a retro-western look. Original soundtracks and musical score being added. The movie will be the first of its kind! Digitally and using the available technologies, will not be linear and traditional. yet will have aspects of gaming and social networking in the website with app. In other words, fully integrated with the movie is interactivity and many hyperlinked banners and buttons, leading the participant on an unending adventure. Editing and computer programmers to work in tight coordination. This is the epic universe of Milkyy Media... 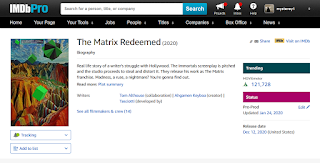 UPDATED 2020 August-September:  (serious fun?) Legal Action has been initiated in order to go forward.  This is the reason for delays.  It is hoped that in due course, the Courts will assist in litigation of the conflicts.  Only then will we be able to proceed, after resolving all the issues. More info cannot be posted as of yet.  Partners and investors are encouraged to remain patient and vigilant.  This is a worthwhile movie project and it's time will come, upon dealing with some karmic obstacles/BUSINESS, just business.
TWO obstacles created delays on our project***  The 2 obstacles were both looming and systematic (i.e. impossible to avoid).  First, a divide affected our team!  Second, the world was hit with Pandemic!
Basic info about this project "Matrix Immortals Redeemed" Click Here

Our key Production Coordinator, Thomas Althouse was doing too many live interviews and  got attacked by the powers-that-be.  In March, he was detained for evaluation, based upon false charges!  In our screenplay, he is the main character who originally created "THE MATRIX", until it was stolen and his dreams were dashed to pieces!  The result is that he trusts NO STUDIO /NOBODY in the movie industry! Can you blame him after what Warner Brothers did to him?  And the collusion of Disney, Universal, etc.?  His mistake is to lump in our Producer with Stephen Spielberg.

However, we decided the show must go on.  His hang-ups and non-cooperation merely required tweaking of our screenplay, a re-write.  After adjustments, it is more of a flashback type of movie, wherein he is telling his story to Milkyy Media producers.  Still gonna be a great, controversial film, whatever the technique and style.


But that virus pandemic is really generating delays on all business and working.  It's a Scamdemic! Although it shut down the majority of Hollywood's productions, including "Matrix 4", TV series, and more. Too bad for them, they were only rushing Matrix 4 so they could compete with our real-life documentary!  What a shame.
How can we curtail the delays, what is the plan B?  We have explored a myriad of ways to have meetings and auditions in the virtual, not physical.  This will get us beyond the current restrictive rules.  But, it will not solve the problem for the bulk of the filming, which is scheduled for Summer 2020. 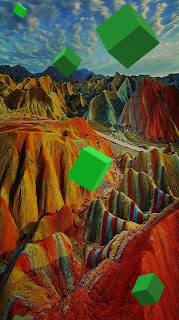 Everybody who has applied for roles is now invited to open auditions virtually.  You can do this after receiving your audition sides/script.   These auditions formerly were set for: 3 days during each week, but due to technical problems, will be announced soon.  Online open auditions will be ongoing until Pre-Production completes in June.  No need to schedule, just go to the virtual meeting platform and log in.  If you're new to ZOOM, you have to sign-up  ZOOM.us
The open auditions  Click here: Open Auditions on Zoom.us Saturdays  Entry is password protected, so please inquire for it by emailing us!  (we cannot post it unsecurely on the public website)

Your pre-recorded self-tapes and sample work may also be sent to: casting@milkyymedia.com


*Note: we are also launching several short-feature films! Go to the previous post for info.*

**This step is not required for receiving an acting role, but if you're curious about joining our team and getting more involved General info about Milkyy Media has been released and ready for your perusal.**

***Plus there was a 3rd obstacle which we won't get into here; too personal and fresh, but being made into an incredible documentary*** 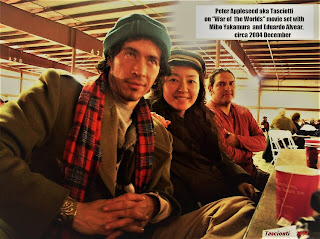 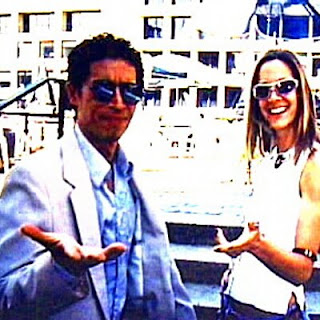 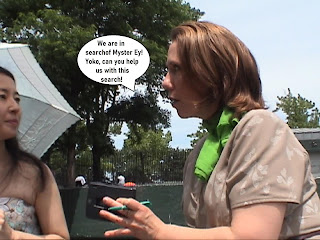 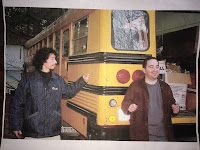 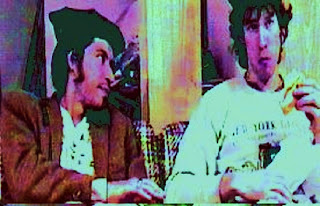 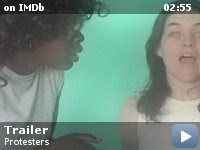 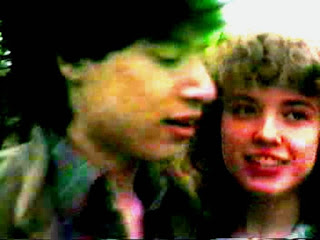 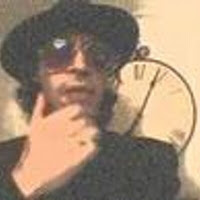 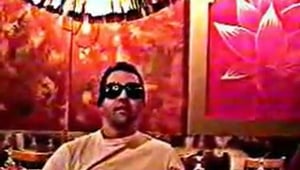 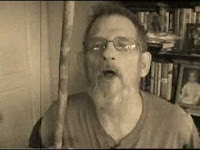 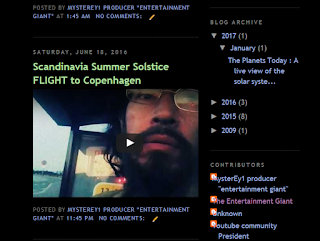 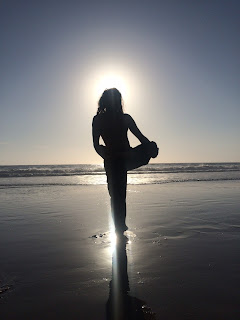 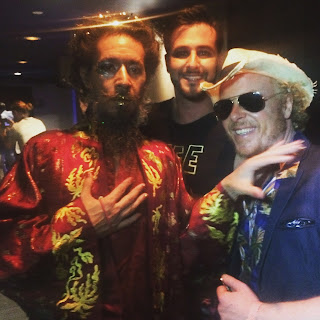 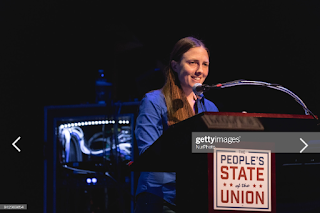 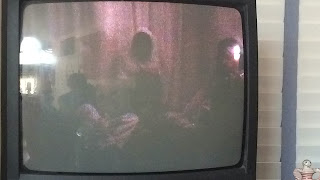 Every picture here tells a story, some of the pics are referring to an entire movie.
No comments: