One special excerpt, a featurette that spins off the main plot.  Protesters, Upiqui Upi'Ipsiing and Jellydroll Dingle (played by actresses, Edly Chery and Aimee Tumenang) are at a party to meet The Psychic.  Also there is Peter Appleseed (Movie director in a cameo), who is strangely enough, doing an astrology reading!  Edly Chery is the supporting role to Folake Olowofoyeku, who plays the leading role as character, Felice Falafafull.  Aimee Tumenang is in the role of Jellydroll, best friend of Upiqui. 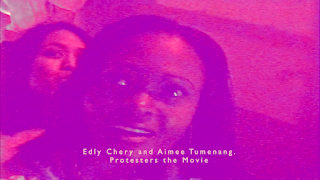 Even more bizarre, there is an appearance by actress, Priya Chen. Can you find her in the movie? She was invited to the party by Peter Appleseed.  She seemed to distract The Psychic from his deep concentration.  Priya is uncredited in Protesters the movie.  But she has a leading role in the movie, In Search of Myster Ey! 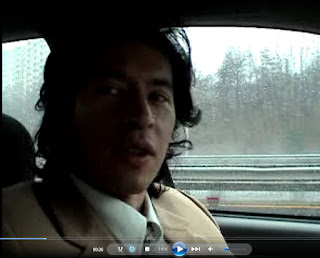 Protesters, the movie, is sure to be a favorite classic on your list.  Seek out the director's cut full version. Which will be interactive on the upcoming Milky Media APP!