Mariah Carey in the news

Milkyy Media reports on this, because it's interesting with all the Intellectual Property issues going on.  Mariah Carey is an artist / performer with a quantity of lucrative success, she's a relatively well-known celeb in the popular culture.  Having said that, she's been hit with a trending action in our Society, the action of lawsuit and defending our rights! 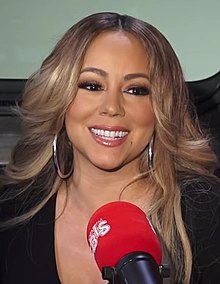 Not saying that she is convicted, merely that she has been accused.  We are supposedly innocent until proven guilty!